In general, a Suspension aerial restaurant is a special item in the restaurant tower where guests sit and, after fastening their seat belts, climb to a height and enjoy eating their food at a high altitude. 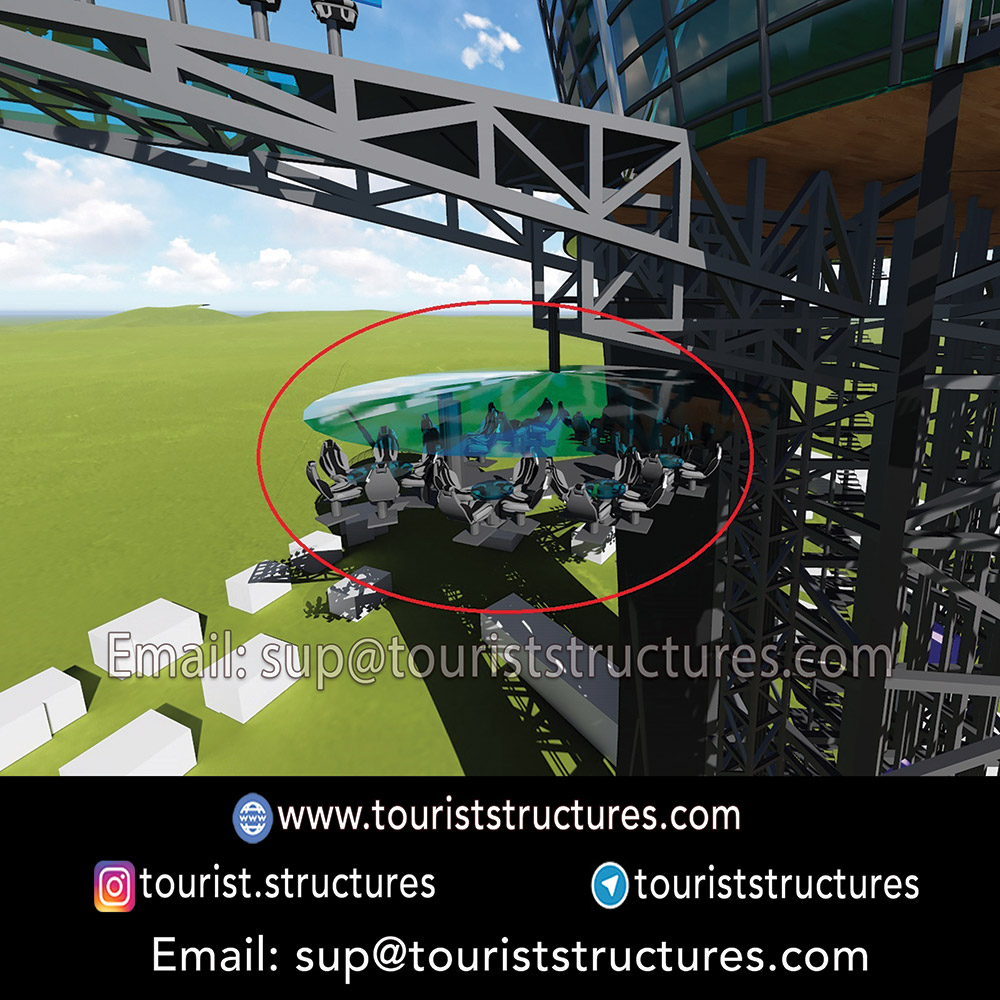 One of the most attractive and modern projects today is the construction of a suspension air restaurant, which can even be considered as a tourist attraction and is quite profitable and purposeful for the investor of a business.

Aria Gostar Pasargad Khavaran Company is the first engineering company in Iran that designed and implemented this project in Shandiz village of Mashhad. 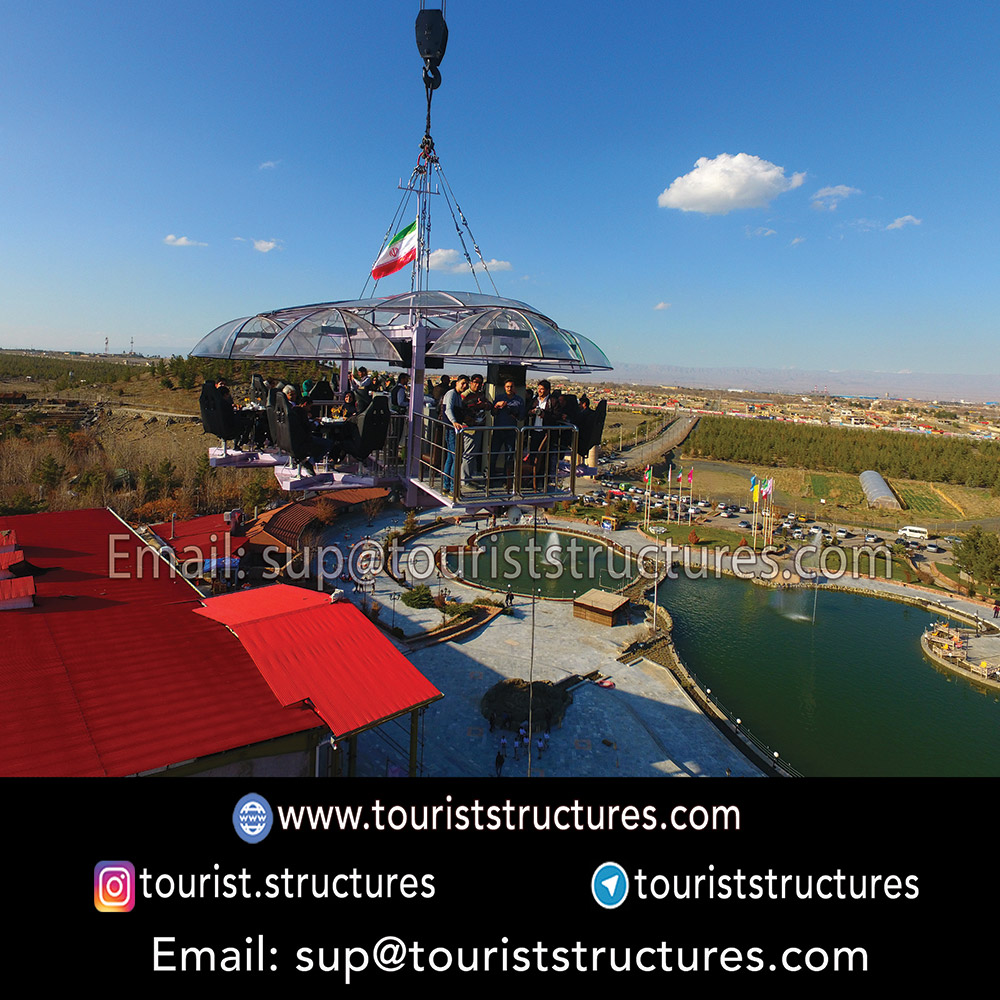 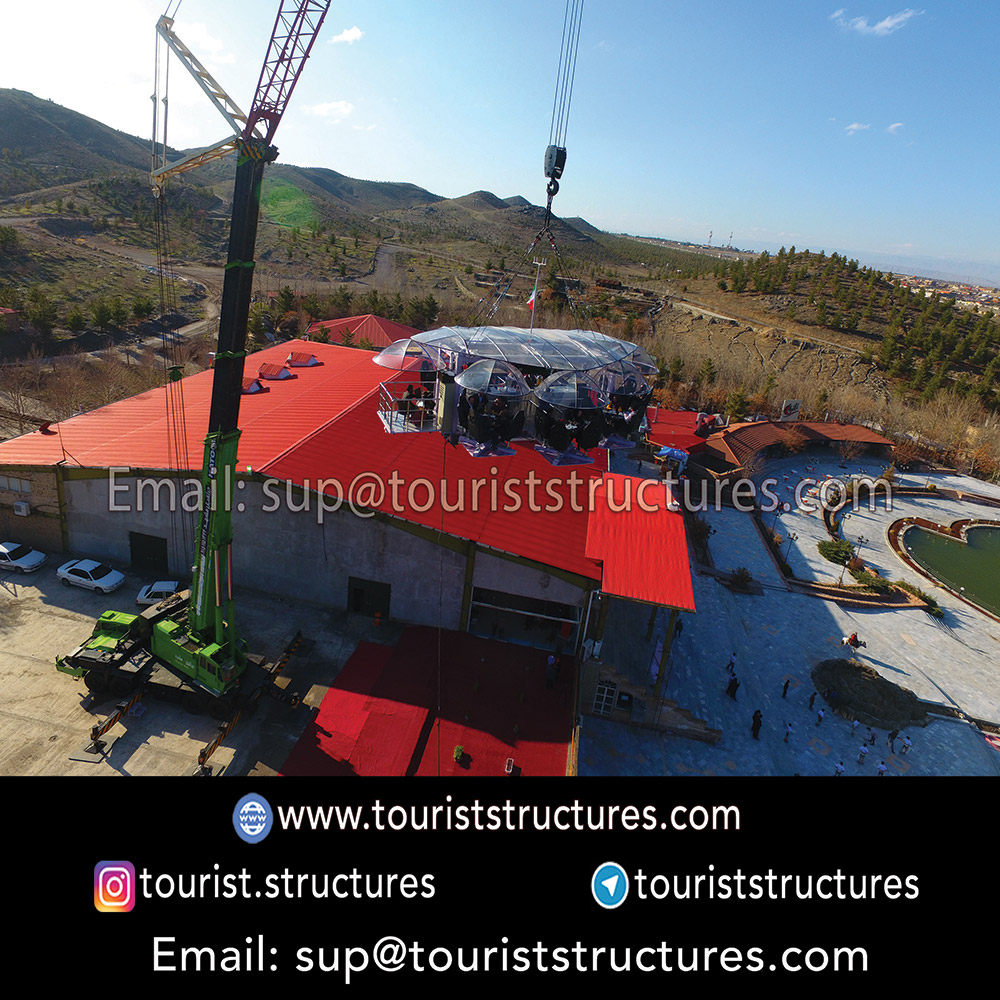 the aerial restaurant was built for the first time in Belgium, and then fifty other countries in the world, such as European countries, India, UAE, Saudi Arabia, Turkey, etc., followed its example, and today in many entertainment and tourism centers, this model of restaurant it’s going to be built.

There are two types of aerial restaurants that have been built so far, one of which is the lodge restaurant, which is used for lunch, dinner, supper, private meetings, engagements, etc., and the other type is just used for meetings. 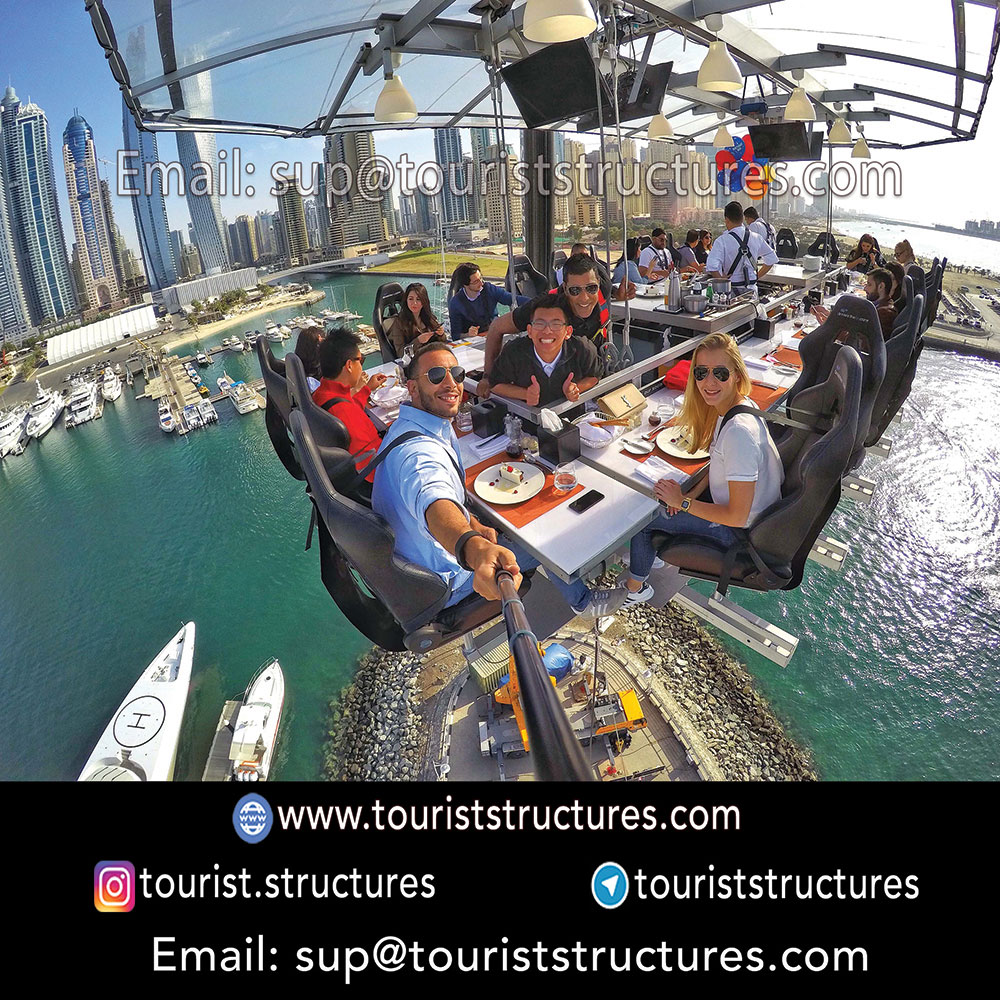 It should be noted that the lodge model of this type of restaurant has more applications and income than the meeting model, and of course, its construction is much more complex.

Now, after years of study, planning and calculations, Aria Gostar Pasargad Khavaran Company has decided to build the largest and most equipped aerial restaurant in the world and be the second largest manufacturer in the world.

The designed structure has a capacity of 32 people, 40 meters high and weighs 10 tons.

The suspension restaurant moves only in a vertical direction and (up and down), it has no lateral and rotating movement and the movement is so slow that the passengers never feel it. The guests are placed on their chairs and are held at a height of 40 meters for 1 hour by a sturdy structure designed as an iron scaffold, after which they move slowly downwards. This is done several times a day.

The restaurant, built by Iran, is the most equipped, tallest and largest aerial restaurant in the world.

Belgian restaurants have designed for 24 people but the Iranian restaurant has a capacity of 32 people that this in turn generates more revenue.

It should be noted that all over the world, aerial restaurant is suspension by a crane. The use of cranes, in addition to being very risky, also has a staggering cost, but Pasargad Company has designed a sturdy, tower-like structure that is easy to install and moves the restaurant up and down. 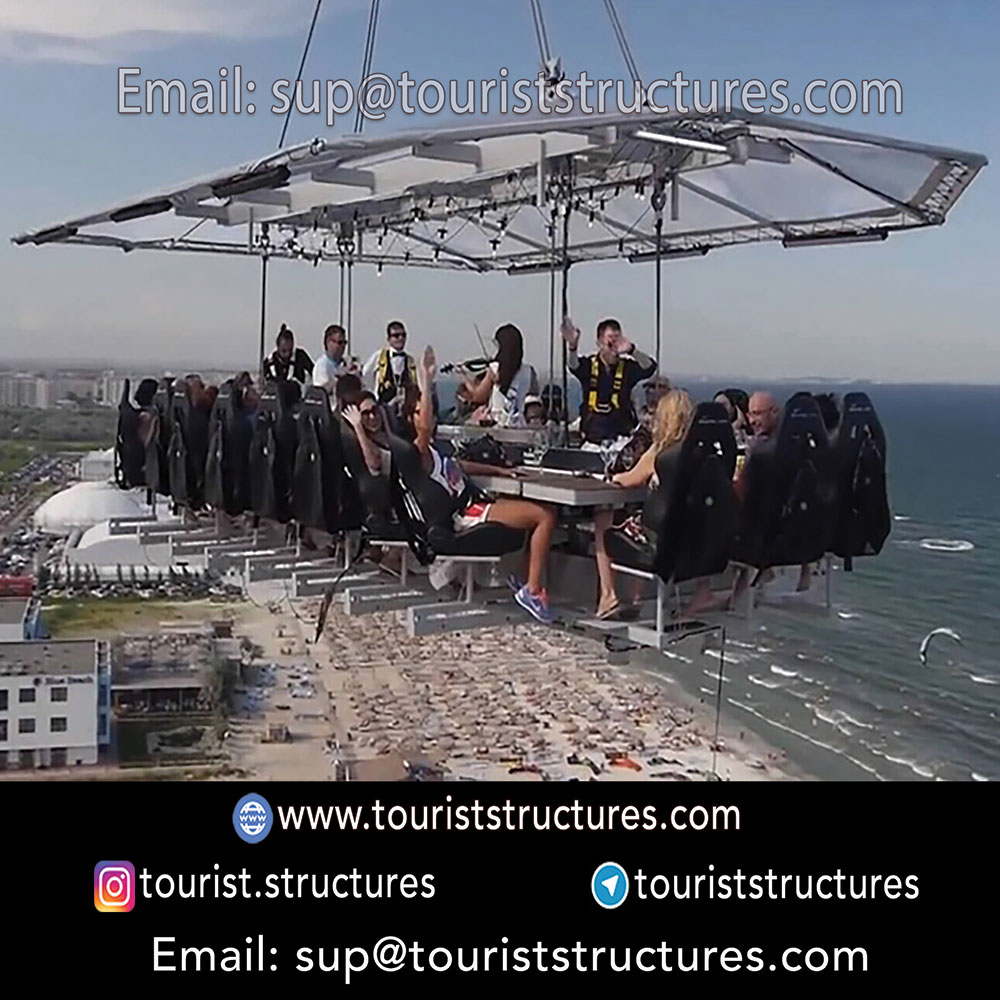 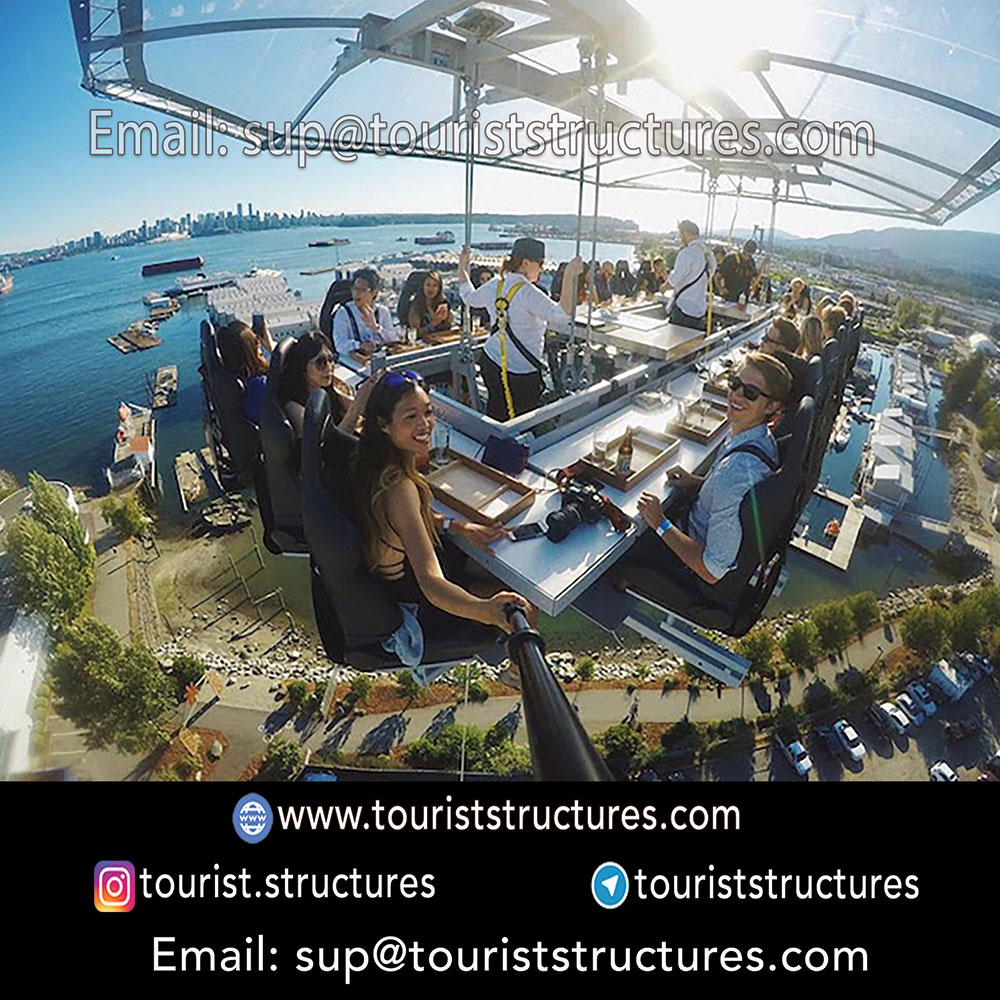 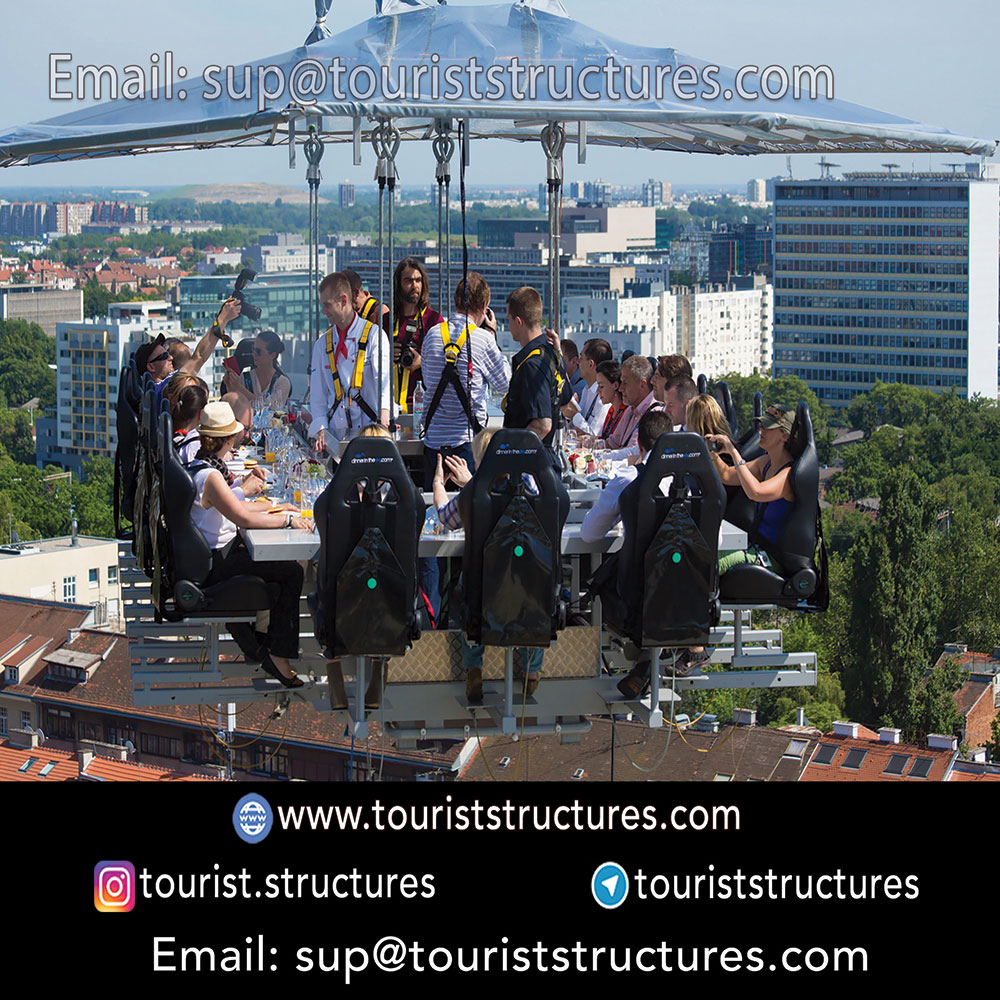 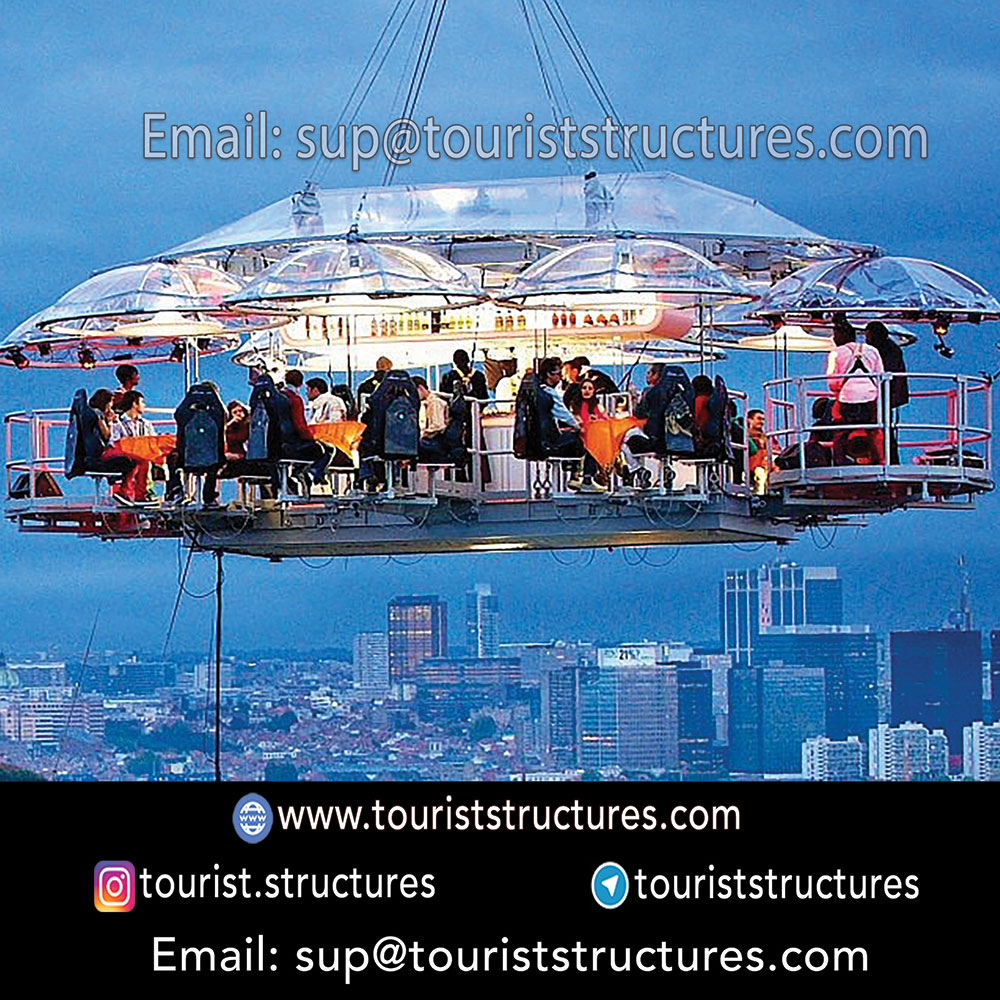 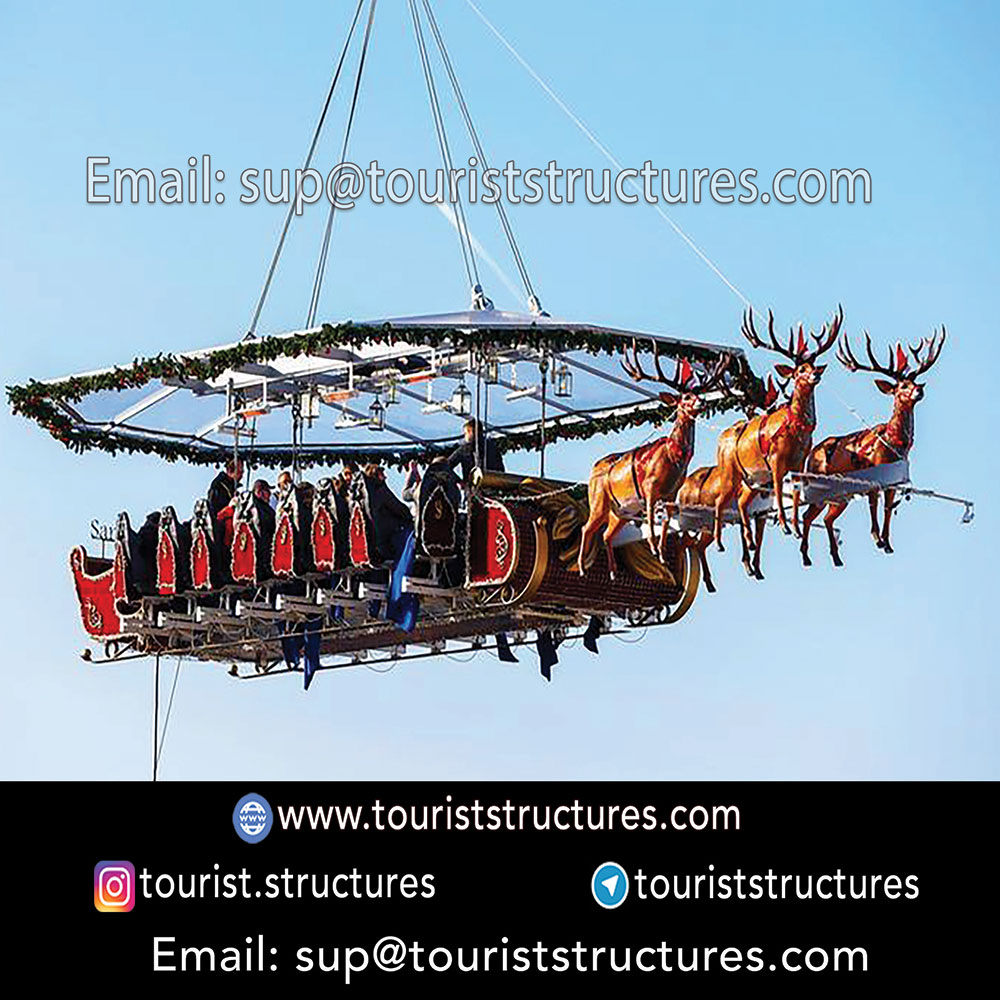 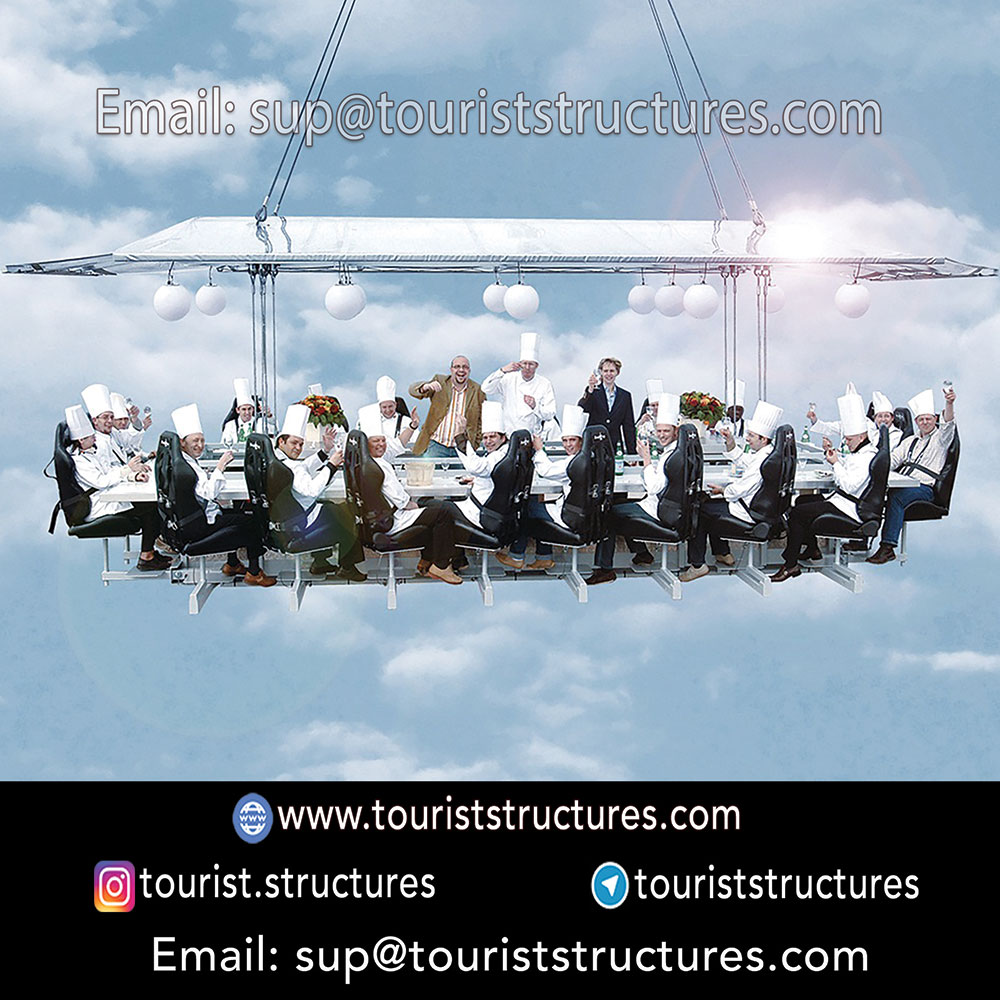 In addition to lowering costs and increasing profitability, this results in high strength and reliability.

Belgian restaurants do not have any heating devices, but in the air restaurant produced by Pasargad Company, only 34 heating devices are used, which enables the complex to operate even on the coldest days of the year.

In Iranian-made restaurants, a food heater was been designed that can keep Forty presses of food warm. The presence of this heater makes it possible to keep warm any kind of food such as kebabs in the aerial restaurant, while in Belgian restaurants, with the absence of a heater, only desserts are served.

All tools, equipment and supplies of the desired structure are standard and made by experienced and specialized engineers.

The type of belt and the whole service system of the Iranian product is much richer than the one made in Belgium.

All equipment installed on the structure is powered by electricity, for added safety and No gas cylinders or flammable materials were used.

Pasargad Company is a leading company in the field of design, structural calculations, construction and execution of suspension aerial restaurant in restaurant towers, relying on engineering knowledge and world standards.

By clicking on any of the green options, you can be directed to the sub-page of this section of the site.